The future is autonomous

The future is autonomous 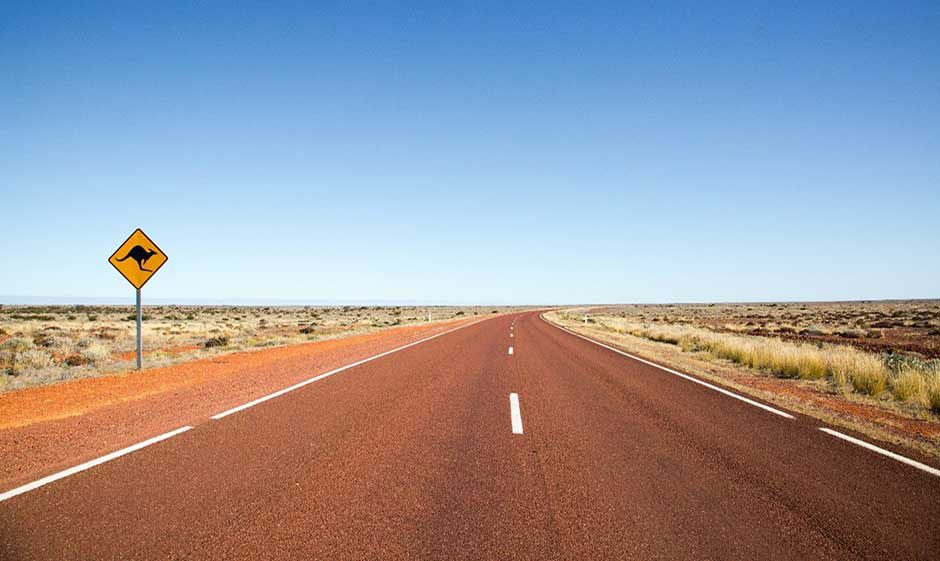 It was the most Australian of predicaments. Back in 2017, car manufacturer Volvo brought two models to the Tidbinbilla Nature Reserve in Canberra to test how its animal detection system fared against kangaroos.

Volvo’s self-driving vehicles could identify and avoid large animals such as deer and elk, but the tests carried out in Australia showed they couldn’t easily detect kangaroos because of their ability to change direction suddenly and unpredictably.

Volvo Australia’s technical manager David Pickett told the ABC at the time that the marsupial’s unusual movements confounded the vehicle’s ability to think for itself.

“We've noticed with the kangaroo being in mid-flight ... when it's in the air it actually looks like it's further away, then it lands and it looks closer,” he said1.

Pickett explained that the detection issue wouldn’t delay Volvo’s rollout of driverless cars in Australia, but it was essential the problem be resolved before they were introduced.

Full automation still a way off

The animal detection problem is one of many that car manufacturers are having to deal with on the path to an autonomous driving future.

Still, the idea that we can jump into a car and read a book or catch up on some sleep while on the way to work is becoming increasingly real. If we categorise autonomous driving into six stages of progress – from Level 0 (traditional vehicle with no automation) through to level 5 (vehicle can independently do anything a human driver can) – we are well on the way to developing a self-driving car.

The majority of new vehicles sold today are already at Level 1 or Level 2. Most are fitted with sensors, radars and 360-degree cameras that allow them to monitor vehicle speed, stay within their lane or enact emergency braking. Vehicles in these categories still require that a fully attentive driver take control at any moment.

But obtaining full automation remains fiendishly difficult. As evidenced by Volvo’s testing in the ACT, vehicle systems can detect and classify objects, but still can’t replicate the intricate set of decisions needed when presented with a bounding marsupial or other unusual driving scenario (such as encountering debris on a dark road while in a snowstorm).

Technological limitations aside, there are also the challenges presented by a slow-moving regulatory environment and public acceptance of new innovations. Policy makers currently struggle to define the criteria that determine if the technology is safe enough for use on Australian roads.

As driverless cars become more commonplace, collisions will become increasingly uncommon and the road death toll can also reasonably be expected to drop. On average there are 1200 road deaths per year in Australia2, of which over 90 per cent are caused fully or in part by human error3.

The argument exists that fully autonomous vehicles will become so safe that there will no longer be a need for vehicle insurance. This contention ignores the fact that no product we humans create is ever going to be completely flawless in spite of our best efforts.

Crucial during the transition to autonomous vehicles will be the ability of insurers to analyse and act on real-time data. Data collected by vehicles could become a crucial input to determining fault in an age of autonomous control.

Machine learning systems perform better when given abundant data, but collecting data for self-driving cars is expensive. And can we ever be sure that we can present a vehicle’s ‘brain’ with every conceivable driving scenario?

Let’s not forget that the transition to an autonomous future could well be one where accidents are more prevalent as humans and machine learn what to expect from one another.

As the experience of self-driving vehicles and kangaroos has shown, an exciting new driving model is ahead of us. But we’re not quite there yet.


This article has been prepared by Allianz Australia Insurance Limited ABN 15 000 122 850 AFSL234708 (“Allianz”). Information contained in this article is accurate as at 30 August 2021 and may be subject to change. In some cases information has been provided to us by third parties and while that information is believed to be accurate and reliable, its accuracy is not guaranteed in any way. Any opinions expressed constitute our views at the time of the issue and are subject to change. Neither Allianz, nor its employees or directors give any warranty of accuracy or accept responsibility for any loss or liability incurred by you in respect of any error, omission or misrepresentation in this article.